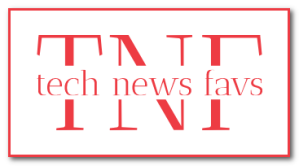 Mark Zuckerberg and Sheryl Sandberg won’t be deposed over the Cambridge Analytica scandal  –  Illustration by William Joel / The Verge Mark Zuckerberg and Sheryl Sandberg were in line to give hours of depositions in response to a lawsuit over Facebook and the Cambridge Analytica data privacy scandal, but now that won’t happen — the company has reached a settlement agreement with t…

The best new shows to stream on Netflix, Hulu, HBO, and more –  Game of Thrones fans will be excited to check out the long-awaited prequel series, House of the Dragon; but there’s lots more this week, too!

Best Samsung Galaxy Z Flip 3 Cases – CNET  –  In the Galaxy Z Flip 3, Samsung created a compelling and more affordable foldable phone that became something of a sleeper hit. Here are the top cases for it.

All the gear you need to game-stream like a pro

All the gear you need to game-stream like a pro

How to Set a Memory Limit for Docker Containers

15 best documentaries on HBO Max to learn something new

Sephora to pay $1.2m to settle Cali privacy law claims – and why this is a big deal

To Banish Lower Back Pain, You Need to Find the Cause. Here’s How – CNET

The Samsung Z Fold 4, on Sale Today, Has Been Turned Into a Windows Phone – CNET

Most Popular TikTok Dances in 2022: Trending TikTok Challenges You Can Easily Follow

The best new movies you can watch at home right now

Sources: Netflix plans to charge $7-$9/month for its ad-supported tier in the US, with ~4 minutes of ads/hour, and may launch it in 2022 in a half dozen markets (Lucas Shaw/Bloomberg)

Splatoon 3: Release Date, Splatoon OLED and Everything You Need to Know – CNET

Google brings back Duo icon after Meet transition confuses everyone

Thank you for visiting…